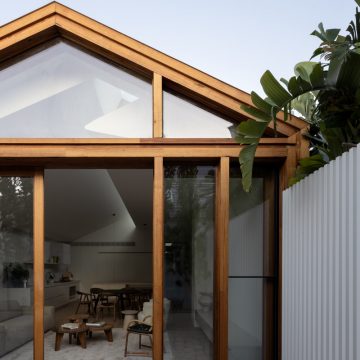 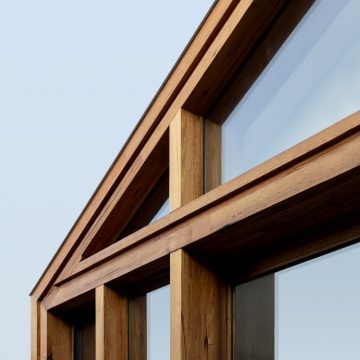 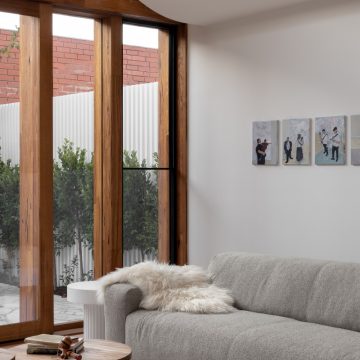 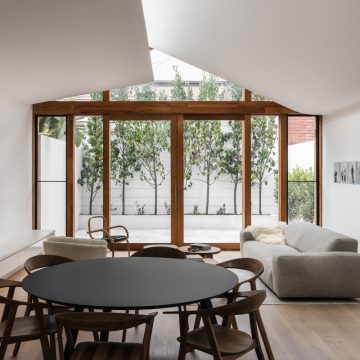 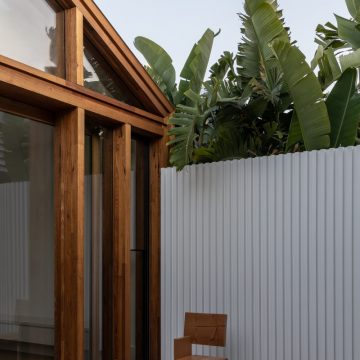 We used these products

A complete glulam portal frame to feature for this Prahran resident.

A newly renovated residential home with an exposed glulam portal frame has been assembled in Melbourne, Prahran. Vicbeam was approached by Kennon Studio to design and manufacture a bespoke Glulam portal with sliding doors made of GL18 Vic Ash hardwood H3.

Designed by Kennon Studio and built by the Melbourne Builder, this renovation sees a small terrace home rejuvenated with quality timber finishes. All glulam members were prefabricated, H3 treated then finished with Cutek Extreme.

In collaboration with Peter Kennon, we were able to incorporate the sliding doors and windows into the portal frame which required a redesign. The original intent called for a separate timber window and sliding door system to sit in front of the timber portal.  This simplified the build and provided a bespoke finish.

The glulam beams were installed with concealed steel plates and fixings, with glazed windows rebated into timber portal members. To avoid standing water, cuts to the corners and sloping faces were made to horizontal beams allowing water to run off the outside sills of the portal frame.

Round timber plugs were provided to cover counterbored holes drilled in-between the middle grooves of the beams, which were uniquely routed to each beam and displayed on the external side of portal members. Additionally, two custom glulam doors were also fabricated in-house, coated, and installed on-site to complete a distinctive portal frame with sliding doors.

A glulam portal that contrasts from the open living area, capturing viewers’ attention with its coated timber textures and quality finishes.

Some of our other projects

or send us a message

and our friendly staff will be in touch

We are still operating, however, as part of our safe work practices during COVID-19 we have a variety of measures and policies in place to ensure that workers are safe and complying with health authorities. We appreciate your support and patience in continuing to comply to the current regulations during these uncertain times. Please continue to chat with us through emails and phone calls.